Based on 18 reviews Write a review

One of our wild agarwood sources is from a family business in Nha Trang Khanh Hoa. K is the owner. Like us, his family has been trading wood chips for many years.

Several years ago, in one afternoon, I met K again by chance while I was in Da Nang.

We spoke about different things. Among them was the story of a tourist man from the USA. We did not know his name, but to identify him in this story, let’s call him Bob.

The story was from K’s Grand Dad (GD) who was trading Agarwood almost decades ago.

One day, while sitting in front of his house for a cigarette break, a foreign guy, Bob approached him.

K’s Granddad could not speak English, so he observed Bob’s hand movement.

Bob pointed his finger to the cigarette smoke and spoke something to K’s Grand Dad (GD).

GD could not understand Bob; he guessed Bob was asking for the cigarette. So, GD pulled out one cigarette from the box and gave it to Bob.

But Bob refused and continued speaking.

GD did not understand English. He recalled that earlier he had inserted some wood powder into his cigarette. Unfortunately, he could not explain to Bob.

So, he signalled Bob to wait.

In 3 minutes, GD came out and showed Bob a piece of wood. His left-hand triggered the lighter and moved it closer to the wood. When the flame contacted the wood, a thin stream of white smoke rose. Smelling that, Bob’s facial expression changed.

He looked surprised but happy and excited at the same time. His eyes were wide open.

He reached his pocket and called someone.

Within minutes, “someone” who looked like a Vietnamese came, and he told GD that he was Bob’s interpreter.

And through him, GD learnt that Bob wanted to know what he was smoking because it smelled so good.

Bob asked for a lighter and mimicked what GD did. He lit at the corner of the piece wood, blew off when he saw the smoke. Then he inhaled.

“I did not know something smelled so good that existed. So, this is called "tram huong" (Trầm Hương, Agarwood)?”

He looked pleased, and he wanted some more of these.

So GD invited him into his house. Through the interpreter, GD demonstrated to Bob how to enjoy this piece signature scent of Nha Trang Agarwood.

Bob expressed concern. He did not like to use charcoal as he lived with children in an apartment. He considered charcoal as a fire risk.

He wanted a similar aroma without the burning of charcoal.

“Wait a moment, my friend.”

GD went to the back of the room. In a minute, he returned with a rectangular wooden box. He then pulled one brown, slim incense stick and placed it in an incense holder. Then he lit

As soon as Bob felt the aroma from the smoke, the very same minute, he asked GD if he could get three tubes.

Bob said that he smelled it somewhere, but he could not recall, but this one is much better.And to make sure it is not his imagination that played a trick on him, he tried one more stick before leaving. He gave GD a thump up.

More about this incense

Whenever GD had a guest or customer, he lit this incense up. He told K that this incense was the gift of God, please shared it when you could because not many people could have a chance to experience this Holy Aura.

So, I asked K if I could use this for the name of this incense. And he agreed.

About the Holy Aura

Scent: elegant aromatic and balance of all the notes including luxurious woodsy, a touch of spicy, and light sweet notes

You will detect the sweet and spicy notes and the complexity of it that it is difficult to put in writing.

The long-lasting aroma is what makes this incense so special, but the sweetness and spiciness make this incense unique, like heating wood chip without using charcoal.

When you finish an incense stick, you stand up and walk out somewhere,

Once you come back to where the incense was burnt earlier,  you will be surprised.

The aroma is still lingering around.

You will still feel it after several hours later. That how good it is. 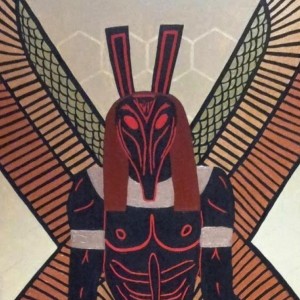 I like to be able to use incense sticks as I do not always have time to light charcoals the more traditional way. These sticks have the high quality scent of good oud in a stick form that I usually experience through oils or wood chips.

You should not miss this sticks. It has very pleasant sweet woody smell , relaxing and calming

Oman
I recommend this product
self happiness

It is amazing. The aroma is real and rich. It flows around you leaving positive spiritual harmony and self-happiness

5 stars, I found it is difficult to smell the oud note when mixing with other ingredients. This incense just meets my need. Beautiful